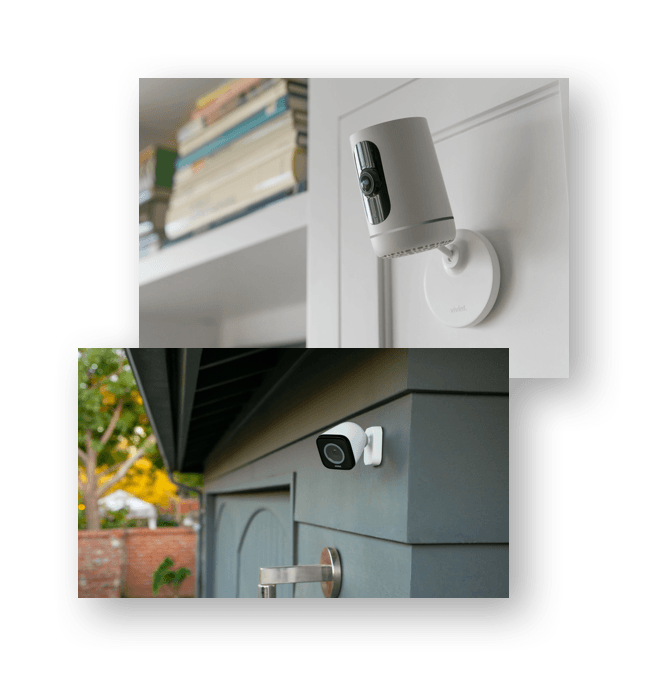 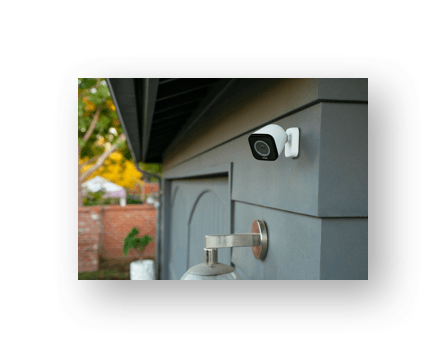 Yes, with some conditions. Monitoring your home with exposed or hidden cameras, even without a visitor’s consent, is generally accepted as a personal right. No federal statute outlaws either act, and plus, police in multiple states have used home video evidence to pinpoint suspects (who probably didn’t know they were being filmed), not to arrest the victims for recording crime in the first place.

That said, it’s illegal nationwide to place a camera, exposed or hidden, anywhere that person should have a reasonable expectation of privacy: for example, in the bathroom. And in some states, it’s illegal to record audio in any context and with any device, including a video camera, without the other person’s permission.

In the end, state and federal laws around small hidden security cameras for homes suggest that intent matters a lot. If your goal is truly to secure your property and family, not entrap someone or violate their privacy, your hidden camera probably gets a thumbs-up.

A “good” camera setup looks different based on the size of your family, the layout of your home, and the reasons you want to install small security cameras. Vivint’s security cameras meet a variety of needs—and because they’re all under 5 inches tall, they fit neatly into their surroundings for a clean look.

The Outdoor Camera Pro gives you an extra eye wherever you need it, like above the shed out back, the basement stairs, or the patio doors; the Doorbell Camera™ provides 180 degrees’ worth of visual context at your front entry; and the most flexible general security camera of Vivint’s options, the indoor Ping™ camera, sits on any horizontal surface in your home so you can easily target different areas for extra monitoring.

It’s nerve-wracking to entrust your home and family to strangers, but Vivint small security cameras can help you catch any fishy behavior lurking in your footage. To put visitors and workers at ease and bring out true colors, hide the Ping™ camera behind books, teddy bears, or kitchen appliances. Or, encourage best behavior instead by putting your cameras in plain sight—they’re subtle enough to blend with the decor.

With the Ping™ indoor camera, you can check the view into the kitchen or family room anytime to make sure the kids are doing their homework and the pets are behaving themselves. The Doorbell and Outdoor Cameras can help too—for example, if your child gets locked out or if your pet is struck with wanderlust. Above all, these small security cameras give you confidence that your little ones are safe while you’re away.

When your parent or grandparent needs extra care, but you can’t be there in person, a small video camera could go a long way to make sure you can respond quickly to their needs. Plus, it’s a great way for them to call you without having to mess with a landline or smartphone. Just one touch of the Ping™ button helps you keep them company, while also giving you visual clues about their comfort level.

In 2018, the Aged Care Quality Agency of Australia found that reportable assaults against aged care residents jumped 32% from the previous year.

How did the agency find out? Several families published secret recordings of elder abuse, bringing national attention to the issue and prompting the Aged Care sector to rigorously remodel their inspection process.

Why Vivint Is the Smartest Choice in Home Security

Get Your Small Security Cameras Professionally Installed by Vivint

Vivint is committed to giving you quality service at every step, including installation. That’s why Vivint carefully vets and trains every installation tech it hires, and never outsources the job to third-party dealers. Feel more comfortable and confident on installation day knowing that your Vivint Smart Home Pro™ will get your small outdoor security cameras and your Ping™ indoor camera fitted just right. 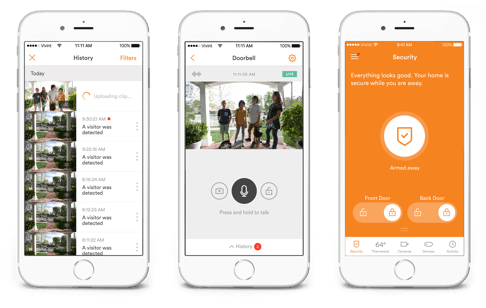 Timely alerts. Your Vivint Smart Hub™ pings your mobile app if your mini security cameras spy anything fishy, inside or outside.

Synced for quick response. Your small security cameras sync to your entire Vivint smart home so you can quickly lock deadbolts or turn on lights.

On-demand footage. Whenever needed, you can view live feeds of your small wireless home security cameras or find relevant clips from the past 30 days.

Learn More about the App

Thanks for your interest in Vivint, we’ll call you back within 24 hours.

Your quote is ready!

Call the number below to get details from a Vivint Smart Home security specialist.